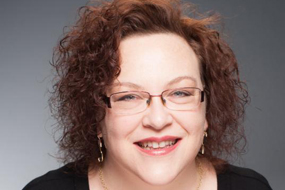 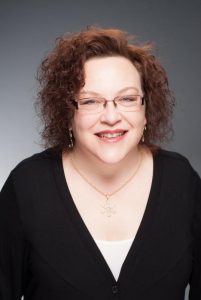 Cindy Edelstein, entrepreneur, author, editor and long time consultant to the jewelry industry, died suddenly January 24, 2016. She was 51. The cause was heart failure.

Cindy was to present at the upcoming SNAGneXt conference, and we are deeply saddened that she will not be with us.

Cindy began her career in the jewelry industry as an editor at JCK magazine where she was the fashion editor. This brought her in contact with jewelry designers and their work, and she soon came to realize that working with them would be her life’s work. In 1991, wanting to support  the growth of this segment of the industry, she founded the Jeweler’s Resource Bureau with her husband, Frank Stankus, with the idea of highlighting the designers and their work in multiple ways.

Over the years she worked in many roles to that end, including that of trade show consultant for the JCK show, the Couture show  and the AGTA show as well creating her own designer-centric show, globalDESIGN. She also was a prolific writer about jewelry design and her byline could be found in every jewelry trade publication as well as in industry online columns. With her husband, she co-wrote a book titled Brilliance: Masterpieces from the American Jewelry Design Council. It sold out of its first printing.

Her efforts to help designers of every level of achievement brought her some well-deserved recognition. She was awarded the prestigious Benne Award by the American Jewelry Design Council in 1995, and was the 1996 winner of the Contemporary Design Group’s award as Best Designer Advocate. She was a long-serving member of the board of the Women’s Jewelry Association, an international group to which she devoted many years of volunteer work. In 1990, she received that organization’s Award for Editorial Excellence, and in 2001 she was recognized again by the same group for her Excellence in Marketing.

Cindy was born in Brooklyn and attended schools on Staten Island. She attended college at the Fashion Institute of Technology and Hofstra University from which she graduated with a bachelors degree.

She is survived by her husband Frank, a daughter, Remy Sasha Stankus, a stepson, Byron David Stankus, a brother, Philip Edelstein, as well numerous cousins, nieces, nephews and other family members whom she loved so dearly. Services are being arranged and will be announced as soon as possible.

November 6, 2020
Scroll to Top
We use cookies to ensure that we give you the best experience on our website. If you continue to use this site we will assume that you are happy with it.OKPrivacy policy