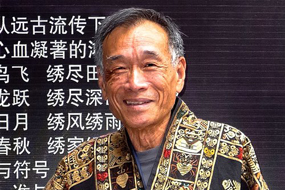 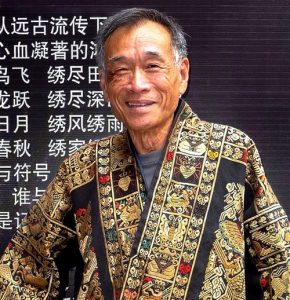 We regret to announce the passing of Ron Ho on September 7, 2017. Ho was a long-time SNAG member. He was a world-renowned jewelry artist and celebrated teacher. His work is in the permanent collections of several museums, including the Houston Museum of Fine Arts and the Tacoma Art Museum. An oral history of Ho’s life is at the Smithsonian Institution.

In 2006, the Bellevue Arts Museum honored Ho by presenting 51 of his pieces in the exhibition and catalog Dim Sum at the On-On Tea Room – The Jewelry of Ron Ho.

Among other awards, Northwest Designer Craftsmen named him a Lifetime Award Member in 2006 and in 2007 he was given a Lifetime Achievement Award from the Seattle Metals Guild. In 2010 Ho was elected to the College of Fellows of the American Craft Council.

Read more about Ho’s life in the Seattle Times.

Northwest Designer Craftsmen are producing a video about Ho for their Living Treasures Project.

November 6, 2020
Scroll to Top
We use cookies to ensure that we give you the best experience on our website. If you continue to use this site we will assume that you are happy with it.OKPrivacy policy