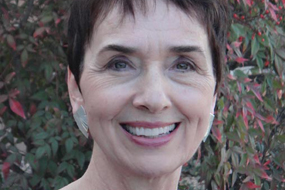 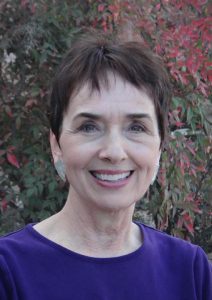 Moty’s contribution to our field as a highly regarded artist, as a teacher, and as a mentor has been exemplary and worthy of SNAG’s highest honor. Moty has made an indelible impact on the field through the training and mentorship of generations of metalsmiths, and has made a sustained impact on SNAG itself though many years of support and involvement with the organization and as lifetime ambassador of SNAG within the broader national Crafts community.

While an undergraduate at the University of Illinois, Moty began researching photo fabrication techniques and electroforming with the encouragement of her professor, Robert von Neumann, and she continued her research in the graduate program headed by Stanley Lechtzin at Tyler School of Art, Temple University, Philadelphia.  She gained recognition for her pioneering work in photo fabrication techniques of photo-etching and photo-electroplating early in her career and in 1970 she was one of nine presenters at the first SNAG conference in St. Paul, MN.  The topic of her presentation was Photo Fabrication.  This introduction led to other speaking and workshop engagements and in 1972 her work was featured in Frontiers of Photography, in the Time-Life books series on photography. She was subsequently invited to participate in photography as well as jewelry exhibitions.  Her work and research were featured in numerous books and articles and for more than a decade she taught photo-etching workshops at jewelry programs throughout the U.S.

While completing her graduate studies, Moty was hired in 1970 to teach jewelry and metalsmithing at Moore College of Art, Philadelphia, and in 1972 she accepted a teaching position in the Art Department at the University of Wisconsin, Madison where she taught with fellow metalsmith Fred Fenster until she retired in 2001 and was designated Professor Emerita.

Until the late 1970s Eleanor created jewelry and objects such as containers and hand mirrors with richly detailed surfaces created by photo etching and/or electro-forming. At the end of the decade she chose to return to a formal approach to her designs using basic fabrication techniques to create brooches that featured unique stones.  Semi-precious and non-precious stones such as quartz crystal and agates had captured her attention when she visited the Lizzadro Lapidary Museum in Elmhurst, Illinois west of Chicago while still an undergraduate and the allure of these materials came to the forefront of her designs.

Rutilated quartz and tourmalinated quartz were her stones of choice as the graphic qualities of the linear inclusions of rutile or tourmaline within the clear quartz became the focal point for the integration of stone and metal.  For the past forty years Eleanor has created sculptural brooches, selecting one-of-a-kind stones with unusual characteristics and fabricating the framework from silver with accents of gold. She supports the stone’s natural beauty and integrates the stone with the metal often covering parts of the stone within the fabricated metal structure.  Elements within the stone are emphasized by markings in the metal—chisel carving, engraving, scored lines, and one may recognize elements of landscape or architectural space.  In recent years her work incorporates one-of-a-kind stones by German lapidary artists, Tom Munsteiner and Dieter Lorenz (1944-2020).

For more than five decades, her work has been shown in museum and gallery exhibitions.  Currently (2020) her work is on view at the Museum of Art and Design, NYC in the 45 Stories in Jewelry exhibition featuring the work of 45 artists in the permanent collection and it was recently included in Invisible City: Philadelphia and the Vernacular Avant-Garde, University of the Arts.

She was twice awarded the National Endowment for the Arts Craftsman Fellowship — 1975 and 1988 — and in 1984 she served on the panel of the NEA Craftsman Fellowship selection committee.  In 1995 she was named Master of the Medium, James Renwick Alliance, Smithsonian Institution, in 1998 she was designated Fellow of the American Craft Council.  In 2012 Moty was selected by her peers as “Master Metalsmith” at the National Ornamental Metal Museum, Memphis and honored with a retrospective exhibition.

Her work is included in the permanent collection of:

In 2014 she was interviewed by Sharon Church for the Archives of American Art, Smithsonian Institution, Washington, DC and in 1986 she was interview by Richard Polsky for the American Craftspeople, Oral History, Columbia University Library, Special Collections, New York

Eleanor has been a member of SNAG since 1970, has served on numerous committees over the years and has attended thirty-five of the conferences.

“As I observe the 50-year history of the Society of North American Goldsmiths, I remember fondly that Eleanor Moty encouraged me to accompany her to St. Paul for the celebration of ‘Goldsmith ’70’ (I was the only layman). Her professional dedication to her field was strongly evident at the beginning and has only intensified throughout the decades,” says her nominator for the award, Helen Drutt.

Museum of Art and Design’s Associate Curator Barbara Paris Gifford calls Eleanor “…the Jackie Kennedy of art jewelry – she has the talent and credibility to be a vigorous self-promoter, but instead she is quietly elegant, a treasure to be discovered. A leader and mentor worthy of our admiration, Moty is both an exceptional artist and human being.”

Curator and Author Matthew Drutt says “her mature works inspired by rutilated quartz will be her enduring legacy, both aesthetically and technically, for she is a master at not only stone setting but incorporating the design and function of her settings into the overall composition of her works.”

And colleague Sharon Church explains, “From her pioneering work with photo etching until this day, Eleanor has been vigilant about the studio and its environment. Not surprisingly, it is a great honor to submit this recommendation on her behalf, because perhaps no other woman has provided the inspiration, nor demonstrated the vigilance, than Eleanor has throughout my own lifetime of making. She keeps a hat next to the door to keep harmful sunrays at bay, and her bench is full of aides for making. It was through her own watchful eye that we have evolved as a field devoted to environmental health.”

Due to the cancellation of the 2020 SNAG conference, Eleanor was honored during the 2021 virtual conference.