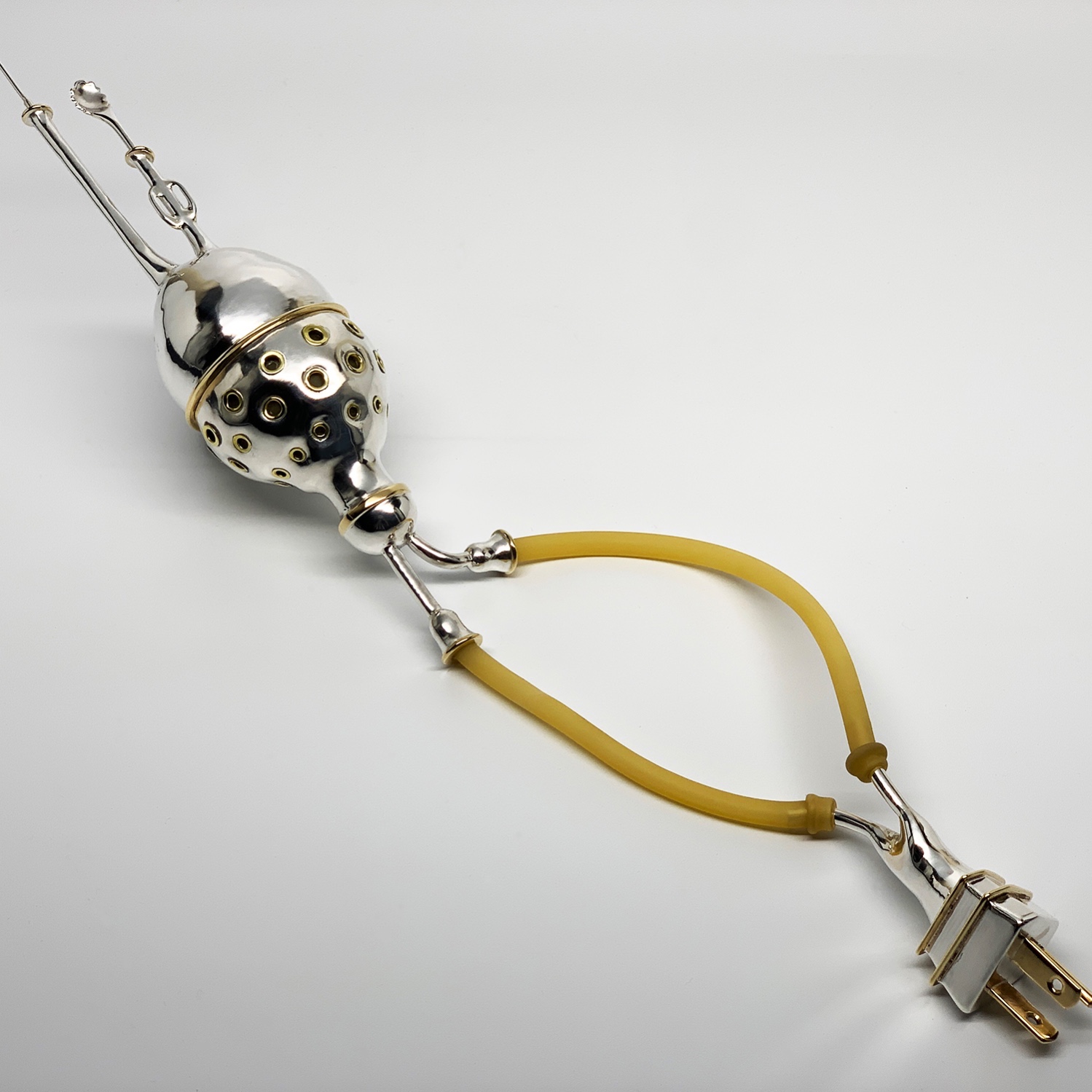 The division between fiction and reality can be a struggle to distinguish. From Cabinets of Curiosity of the past to deep fakes that flood social media, people feverishly consume these fictional narratives and are often duped into believing in their authenticity. Misinformation is quickly circulated and promulgated. My work is centered on the activities that take place in a fictional laboratory or examination room. These environments are where the microscopic world is augmented and made easily observable. The body can be observed and manipulated.

“Breed” is a reaction to extreme legislation aimed at controlling women’s reproductive choices and the myth of ectopic pregnancy transplantation. It references 19th century gynecological devices used for curing hysteria, and modern-day fertility treatments. The object is meant to appear impractical as to how it would function because the procedure it is designed for is impossible, based on misinformation and dangerous rhetoric.

Bio
Chloe Darke received her Bachelor of Fine Arts in Metalsmithing & Jewelry from Maine College of Art and her Master of Fine Arts in Metals from the University of Wisconsin-Madison. She is featured in an episode of Craft in America entitled "Forge." Chloe was a resident at the Houston Center for Contemporary Craft. She is based in Upperville, Virginia.