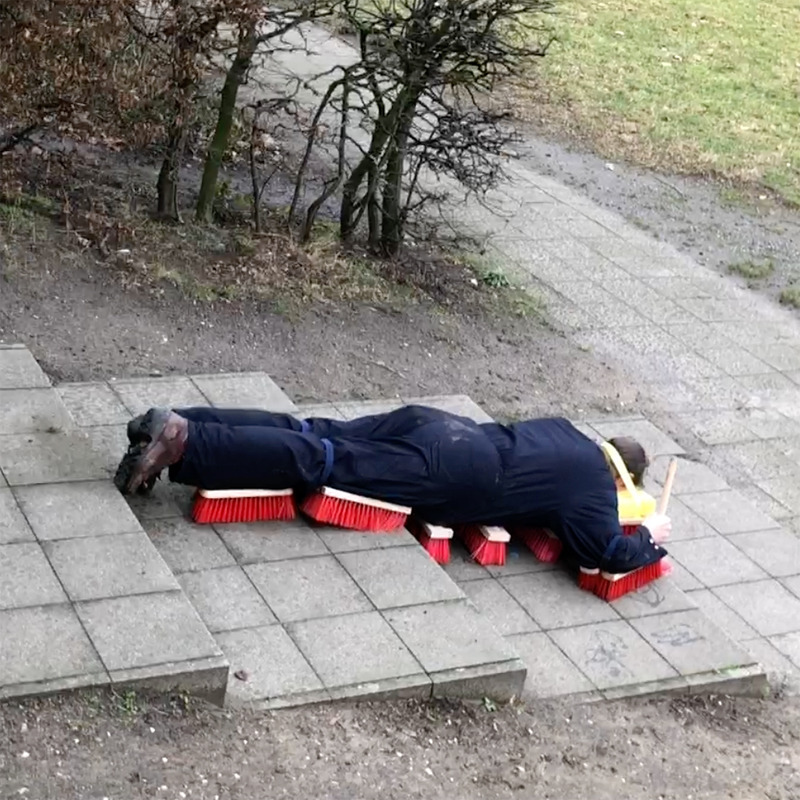 I made a short film to satisfy our project with Gijs Bakker and Louise Schouwenberg at MASieraad. Because of general and personal grief, my head and body only wanted to be on and in the ground. “Electric Broomstick” grew from the memory of a sweeping job I’d had at a car plant in Tennessee paired with the idea of traveling somewhere by broom. The deceptive simplicity of sweeping works as a universal and! can be transit device, a means of moving. But the physical act of travel made me claustrophobic, made me suffocate, bruised my skin and left me vulnerable…unable to even get up without help. To invite others into your suffering is too selfish on its own, so, thankfully, something about my brain required humor to play an equal by using toilet plungers as pulling tools and their suction as the soundtrack. You can see this film in person at “PotLuck” during Munich Jewelry Week or by request.

Bio
In the unprecedented times I found myself asking different questions. In April of 2021 I decided that graduate school with the Dutch heavies was a good idea, and they accepted me. I uprooted from Seattle to Belgium. Quickly. In our pandemic. In the aftermath of the death of my mother. We all made deeply intense choices; these were the ones I made.