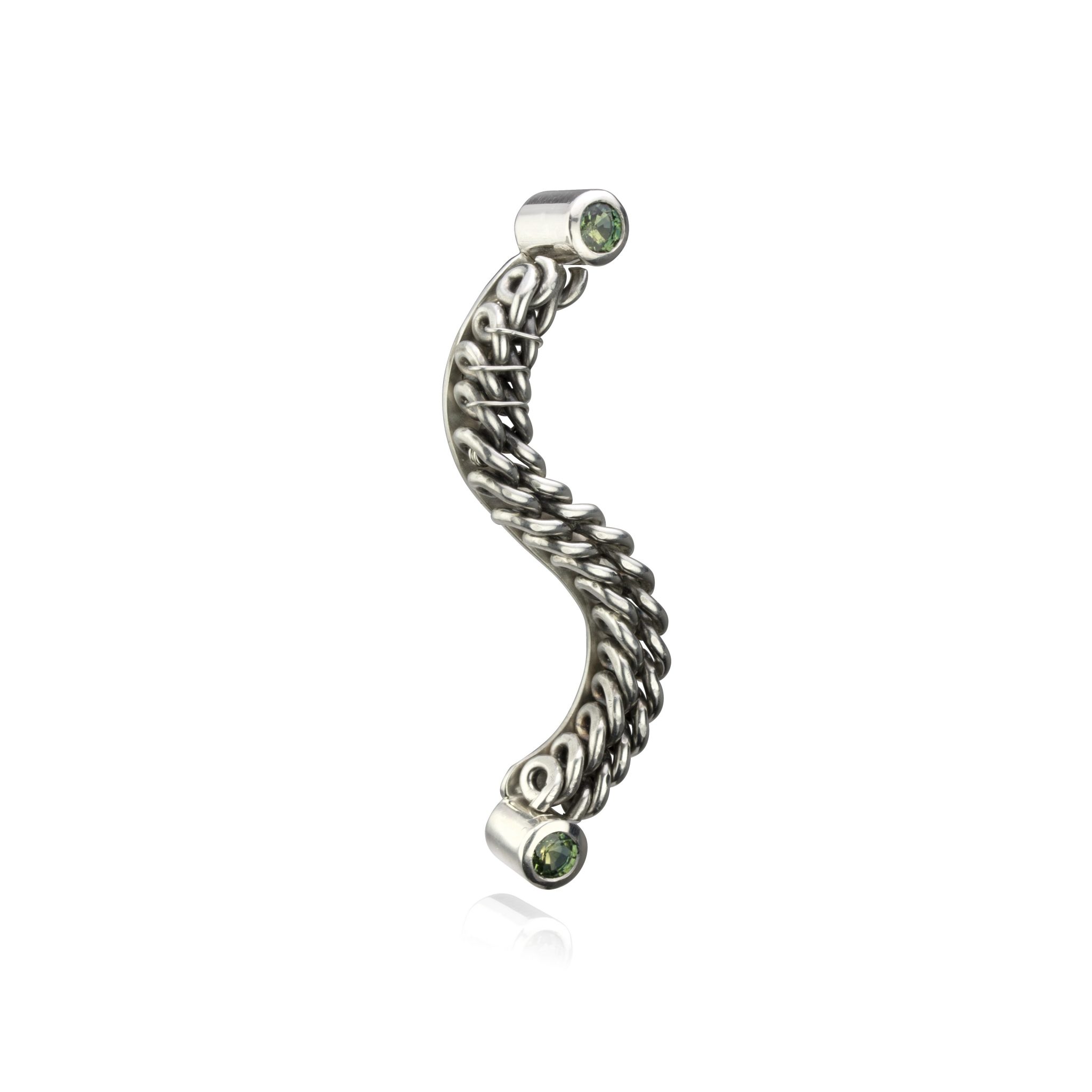 Growing up I heard stories about how my grandmother supported her son, my father, during the Second World War with her needlework. Crafts such as weaving, quilt making and sewing were often designated as “women’s work” leaving much nobler artistic pursuits to the men. This body of work is inspired by women, like my grandmother, who used their creativity and ingenuity in difficult times.

Some recurring motifs in the pieces are stitching and weaving patterns, which also bring to mind my family’s adopted country, Canada. As a second generation Canadian, I am grateful and proud to be part of this nation, which is composed of so many different types of people and cultures from all over the world woven together with the land.

Bio
Edna Milevsky is a fellow of the Canadian Gemmological Association and a graduate of George Brown College’s Jewellery Arts & Gemmology programs. In 2019 she was the first runner-up winner at the DeBeers Shining Light Design initiative in Gaborone Botswana. Edna is currently a gold smith at Jewel Envy in Toronto, Canada.