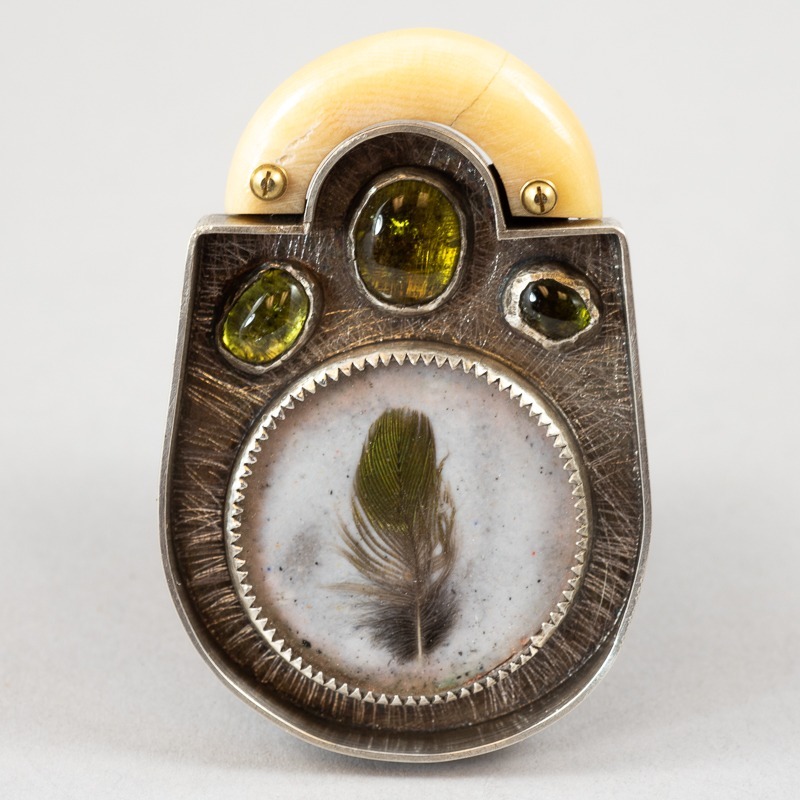 My work celebrates the sacredness of the mundane. Religious reliquaries and talismans house ordinary objects such as wood, bone and cloth considered to be holy because of an association with saints or gurus. My reliquaries and talismans present ordinary objects for adoration because they are ordinary. When a boy empties out his pockets at the end of the day or a beachcomber dumps out the contents of her pail, what had been just a rock, a seashell or a rusty nail has been elevated to an object worthy of adoration. This act of worship transfigures that which was previously ordinary into something revered. The integration of an artifact such as this into a piece of jewelry, is my way of celebrating this once mundane object. I create art as jewelry because it fosters an intimate connection between the wearer and me. The connection is both public and private, as many of my pieces contain elements that are known only to the wearer.

Bio
John Marcel is a studio artist specializing in art jewelry. John has been making art jewelry for over 30 years. Now that COVID has liberated him from his 9-5 job, he is relishing this opportunity to focus on creating.