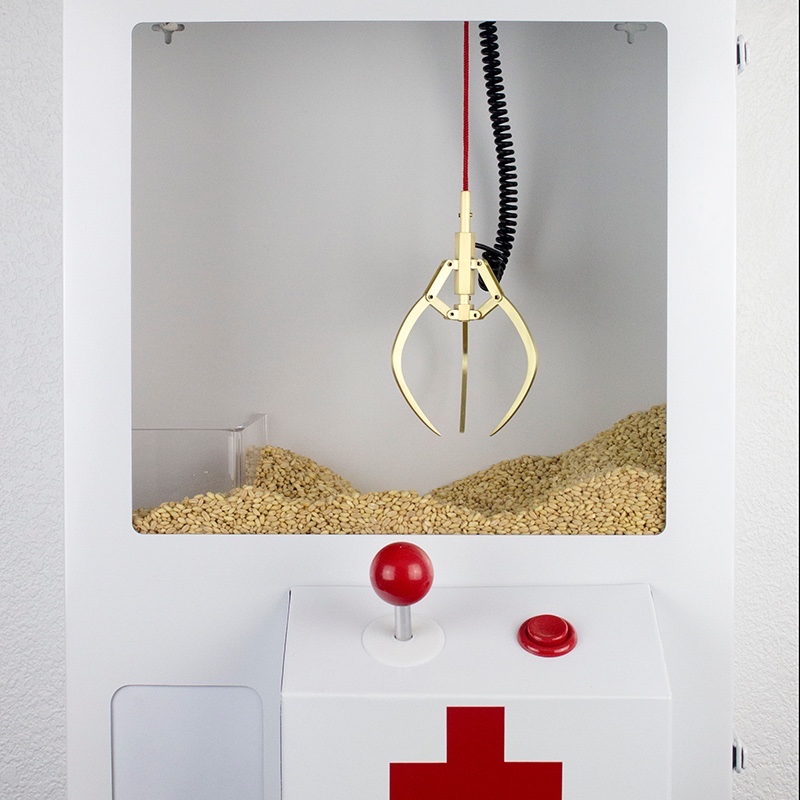 My work incorporates a variety of mediums including metal, wood, glass, and found objects. I employ traditional techniques to produce sculpture that evokes items of manufacture while attempting to bring humor and frank attention to issues of global importance and personal meaning. My current body of work focuses on machines associated with play such as toy vending machines and arcade claw machines as symbols of possibility, hope, and the luck of the draw. The first series spurred by this research “First Aid: War, Famine, Pestilence and Death” looks at the folly of seeking easy fixes to unimaginably complex problems. The four white medical cabinets that comprise the series suggest a chance to grasp at remedies to many of the world’s ills, but none come easily. Reflecting on worldwide turmoil, especially conflicts surrounding my ancestral region of Central America, basic commodities are often not available to those who need them. “Famine” promises wheat, but cannot deliver even a grain.

Bio
Yvonne Escalante is an artist and educator who lives and works in San José, California. Escalante is a lecturer at San José State University where she runs the Jewelry and Small Metals area. She utilizes traditional metalsmithing techniques to create multi-media sculptures and installations and has been exhibited nationally.