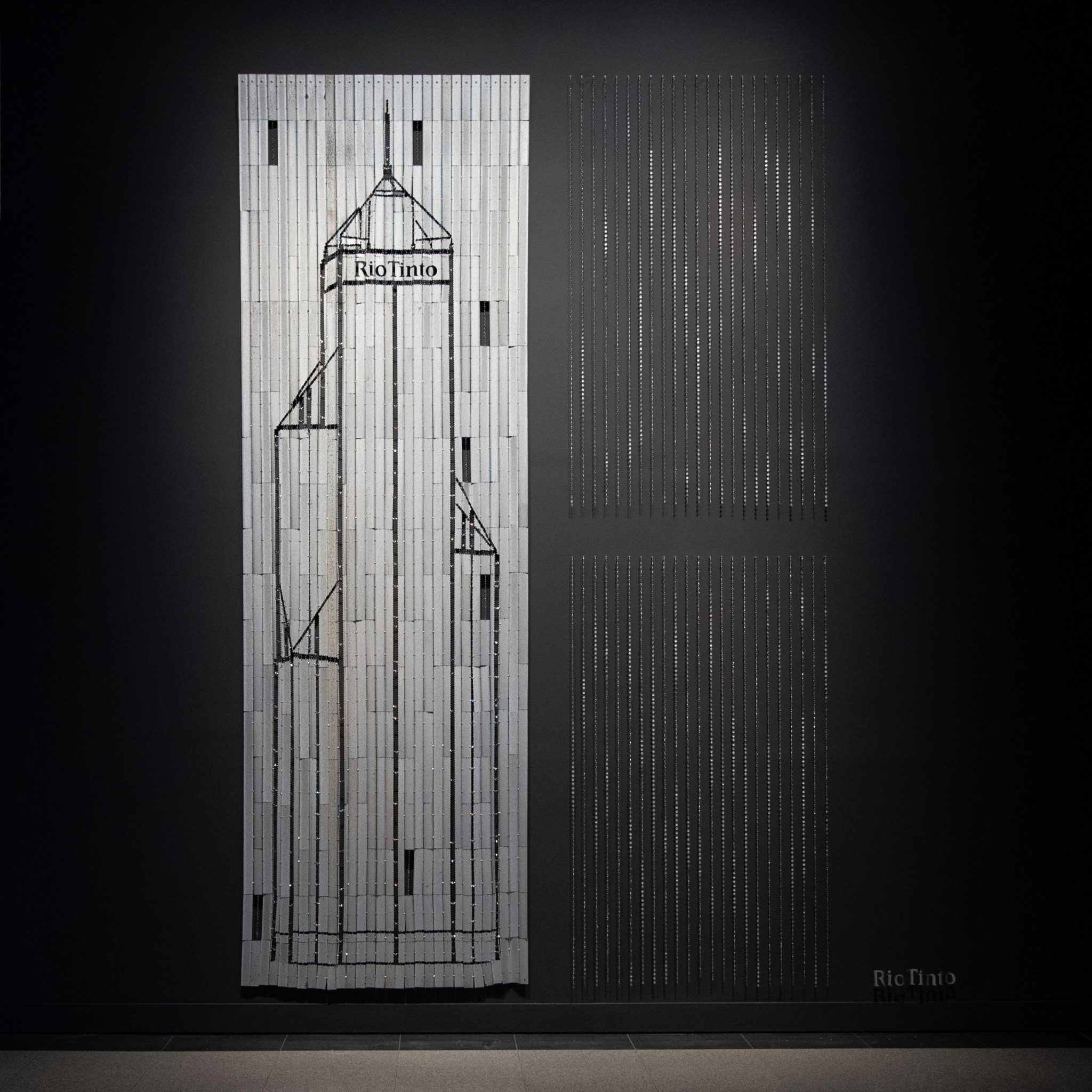 In May 2020 mining company Rio Tinto destroyed the Juukan Shelters, containing sacred caves that had been in use by the traditional custodians of that land, the Puutu Kunti Kurrama and Pinikura (PKKP) peoples, for over 46,000 years.
Located in the Pilbara region of Western Australia, the Shelters were on land leased by Rio Tinto for the mine, one of 16 in the area. Perth, the city where I live, is home to Rio Tinto Iron Ore. Housed in the Rio Tinto office tower, Perth’s tallest building, their logo is visible for kilometres, including from my studio space in North Perth.
My work consists of a rendering of their building “drawn” in different amalgamations of teardrop shapes, next to a waterfall of 4,600 tears; one tear for every ten years of history destroyed. The building ground is cut in 382 segments – the number of holes drilled before word leaked of the impending blast – and contains a message; “46,000 year old Juukan shelters destroyed for…iron ore” in steganographic Morse Code.

Bio
Melissa creates socially aware / protest art. The centre of her practice is a deep empathy towards the human body, and the life that each body represents. She often makes with domestic objects that are familiar to, and which act as a proxy for, the human body, which is a frequent venue for the display and dissemination of her messages.