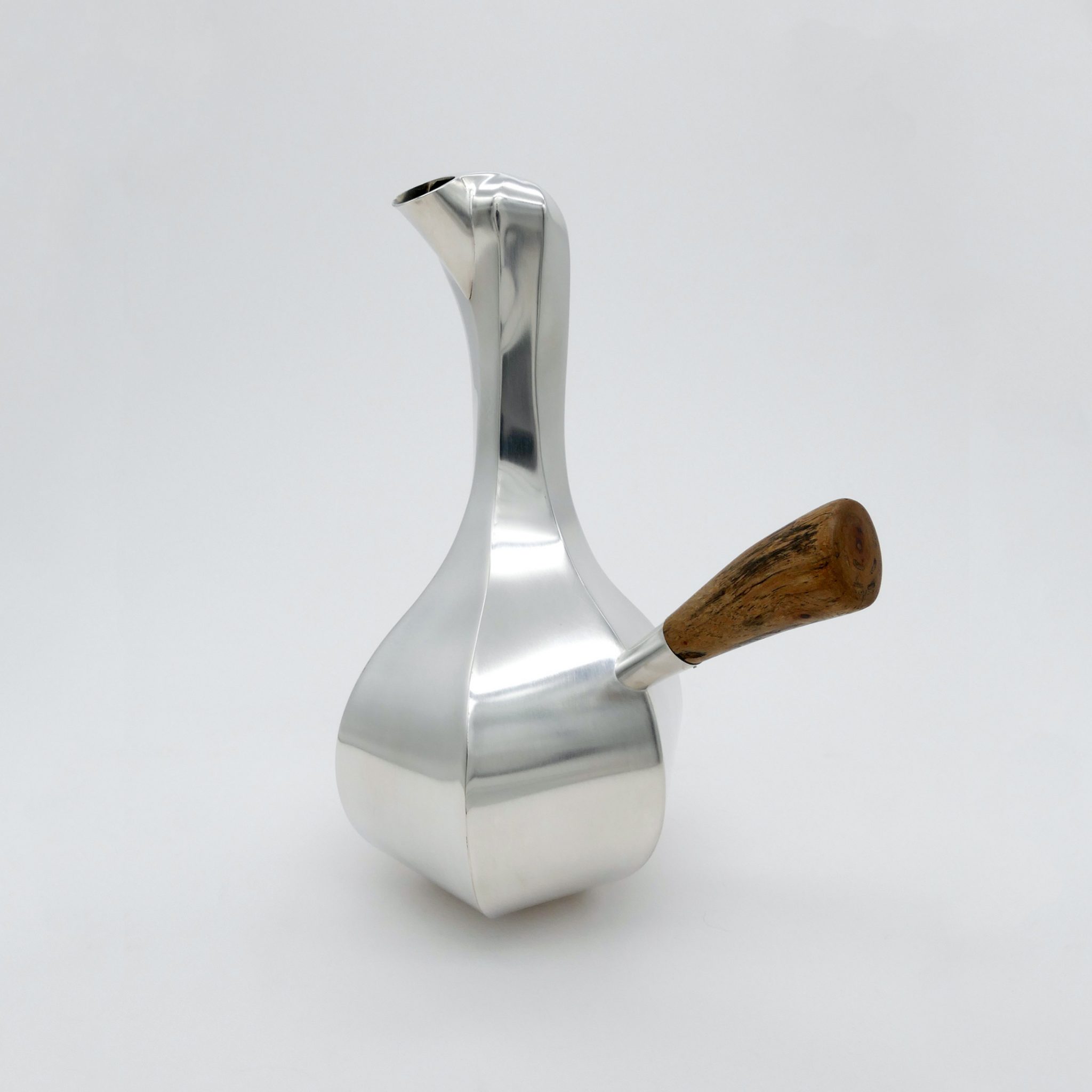 “Link” was initially designed for SNAG’s Goldsmith ‘20 exhibition in which designs were solicited in response to work shown in the original Goldsmith ‘70 exhibition. However, through the process of making of this work, its meaning became far more personal, and evolved into something beyond my initial intent. Inspired by Val Link’s piece “Die Bottle,” the form, processes, and materials I used tie it closely to my own recent experiences of loss and mourning. It began as a hand-carved gourd form, like those found along the roadsides where I grew up. This foam maquette was then 3D scanned, digitally manipulated, and ultimately re-created in silver with a found pecan wood handle, sourced from the property where I was raised. This movement from the physical to the virtual and back again into the physical metaphorically aligned with the transitions and losses brought about by Covid-19 that I was experiencing during that time. Ultimately, “Link” emerged as both an elegy and a commemoration.

Bio
Haley Bates heads the Jewelry & Metalsmithing program at Colorado State University in Fort Collins, CO. She received her BFA from the University of North Texas, and her MFA from Cranbrook Academy of Art. She has given demonstrations and workshops at institutions throughout the country, and exhibits her artwork both nationally and internationally.