Non-violence is our greatest weapon 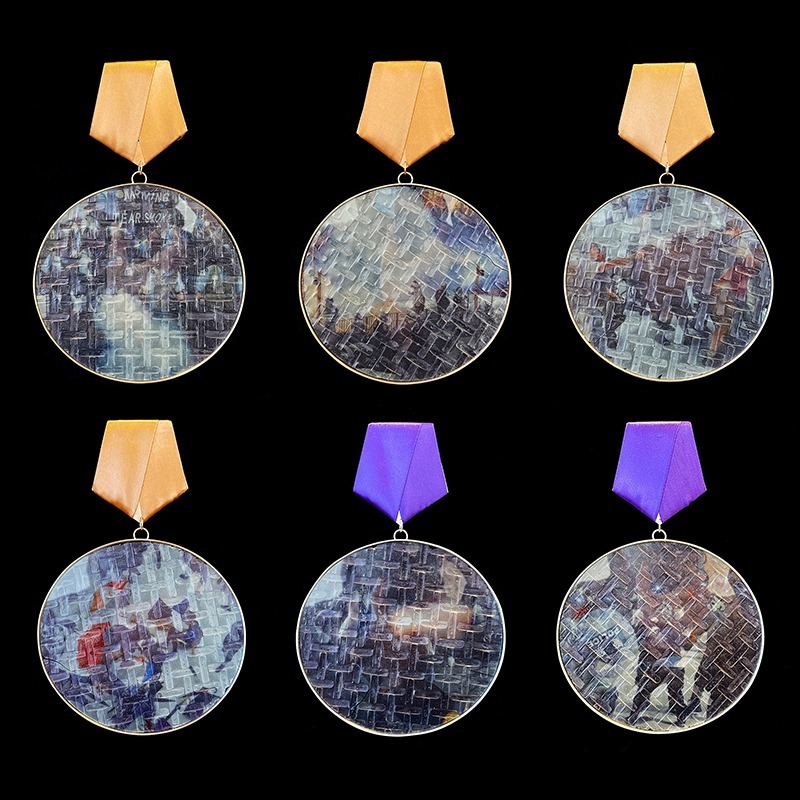 This is a series of medals I made for criticizing the Honours System in Hong Kong. Since the social movement of 2019, the issues have been extended to kinds of police brutality, for example, the use of excessive force, live ammunition, and indiscriminate arrest. Always turning what started as a peaceful demonstration into a violent clash between the police and the public.

However, the police officers were awarded Silver and Bronze Medal for Bravery respectively. The Gazette said that the awarded policeman was attacked by a mob during their duties during the protest, through the chaotic scene, each of them suffered bodily injuries as a result of the attack.

Everything happens for a reason. The protesters will not take a provocation with no reason, there should be something that happened before to force things to happen. Image printed largely on the rice paper reflected the scene before the sufficient and presented a more complete picture for the public.

Bio
Creating jewelry is a way to express how I perceive the environment and political context surrounding me. Through found objects, the different carriers of information, I manifest my perceptions through the process of conversion and give new definitions of the nationality and patriotism motifs in the context of Hong Kong.