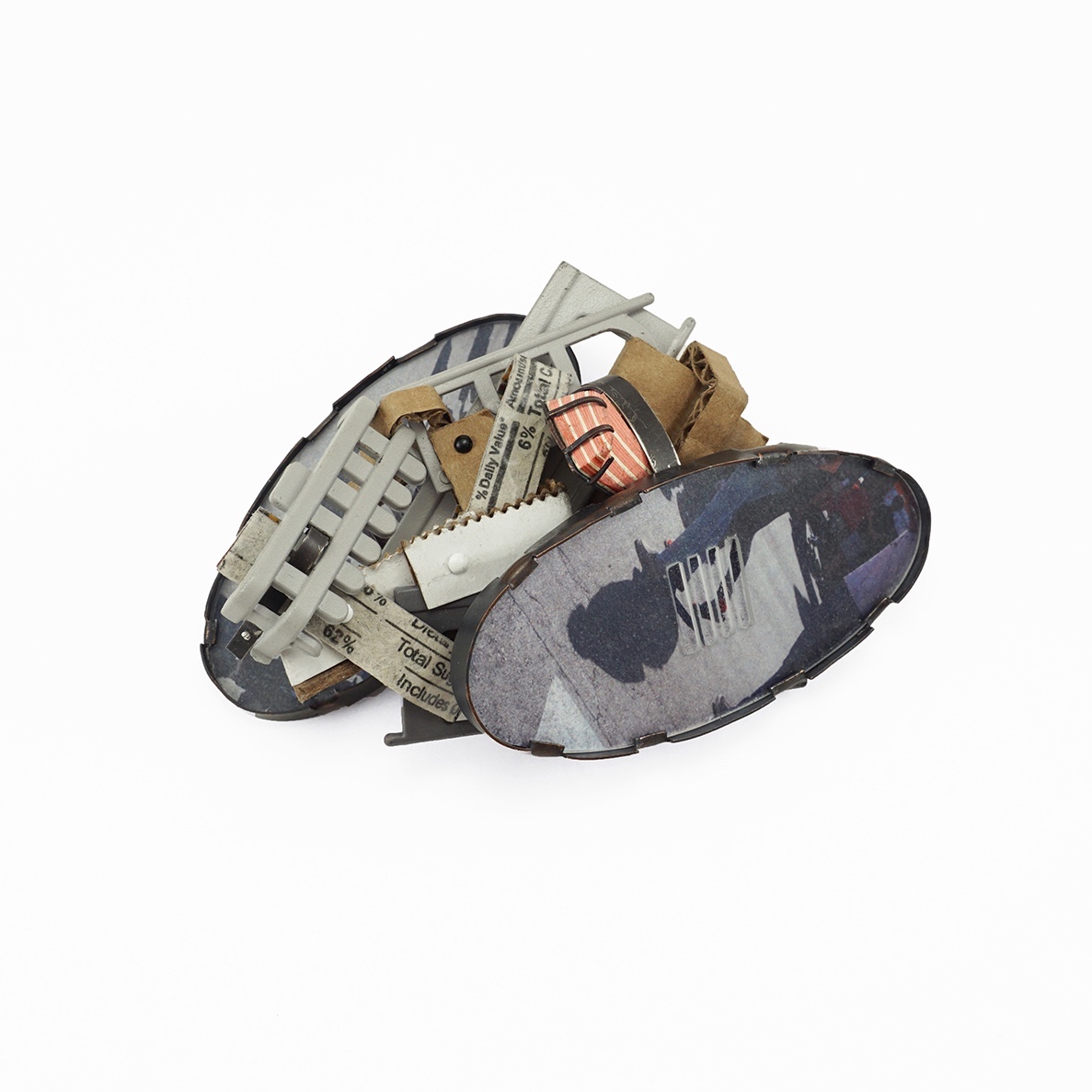 The inspiration for this work comes from a Japanese novel No Longer Human. The story chronicles the miserable and despairing life stories of Ōba Yōzō from his early childhood to his late twenties. However, I find his sensitive, pure, and wise soul hidden by his struggling and despairing statement. I imagine his lively soul as a fresh salmon strip, but now abandoned at a corner. Many people pass by, but no one is trying to pay attention to it. I hope the series of works that could remind us of the things abandoned by us might be pure and precious. I designed three imaginary scenes where the salmon strips might be dropped, and the street view was one of them. The abandoned salmon strips were surrounded by construction trash on the street. People walked around on the street without noticing the salmon strips would turn bad as time went by.

Bio
Dongyi Wu was born and raised in China. She is a contemporary jewelry artist, who is currently working and living in San Antonio, USA. Collecting ideas from literature books, her own experiences, and researches of psychology, Dongyi lets free imagination and the inspiration guide her in designing objects to wear.